Music distribution is an all-encompassing sector of the music business. Once an artist or band finishes their single, EP, or album, it needs to be sent out to stores around the world.

The word “stores” has evolved quite immensely over the past few decades. 20 years ago, “stores” meant major retailers like Walmart, Target, and Best Buy. While that still may be the case ever-so-slightly, it’s certainly not the primary location for music to go anymore.

The music industry has shifted to a heavily digital realm, with Spotify, Apple Music, and TIDAL, among others, leading the way.

One may argue that this transition into digital has done more harm than good for music, but you could also argue that it has provided fans the ability to discover new music and rediscover music they listened to in the childhood years. Streaming services have given music consumers easy access to vast catalogs with music they’ve never heard before by opening their worlds to new sounds, artists, and fan communities.

With digital service providers like Apple Music, Spotify, and Amazon Music having catalogs of more than 75 million songs available readily available, the journey into music discovery is a nostalgic and exhilarating experience. The simplicity of a mobile application and $10/month for a subscription you can gain access to every one of these songs from all over the world. Having access to 75 million+ songs even 20 years ago was unprecedented.

So even though music has become more accessible for consumers and the barrier of entry into music distribution isn’t a major record contract or distribution deal, musicians and artists from all around the world are able to share their stories with a few clicks of their mouse.

Companies like Jamvana, TuneCore, DistroKid, and CD Baby are a few of the modern day de facto digital distribution services.

A lot has, and we’re going to dissect exactly how music distribution has evolved over the last 100 years. This will give us a bird’s eye view at exactly what has changed and provide good insight on what will continue to evolve in the wave of the industry.

Let’s take a closer look at how recorded music distribution and consumption evolved over the past 100 years.

According to A Voice., “Until the 1920s, the music business was dominated not by major record labels, but by song publishers and big vaudeville and theater concerns. Sheet music consistently outsold records of the same hit songs, proving that most of the music heard in homes and in public back then was played by people, not record players.”

Assumingly, consumers of music became more interested in listening to the original recorded song instead of renditions interpreted by people playing the sheet music.

The vinyl record was introduced in the 1930s, 60 years after Thomas Edison invented the phonograph in 1877. “Phonograph parlors” were popular in the 1890s and were like the more modern jukebox. However, the way that these physical records were made caused them to be less than durable due to them being made of flimsy shellac.

45 RPM vinyl records were much cheaper than their 33 1/3 RPM counterparts, as they only contained two singles: one on each side. Both mediums remained the primary format during the late ‘40s and throughout the 1950s.

The 1950s was one of the most prominent decades in music history. Elvis Presley rose to fame and became the “King of Rock ‘N Roll.” Record labels like RCA, Columbia, and Decca dominated the scene. Each label was focusing on the freshly emerging rock music from the late ‘40s and early ‘50s as well as classical music.

In 1958, RCA revolutionized the music consumption experience by introducing the RCA tape cartridge. It allowed for 60-minutes of high-quality audio on magnetic tape, but it proved to be a flop. Consumers weren’t purchasing the tape cartridge players, so they were removed from shelves in 1964 and replaced with the 8-track tape.

As technology progressed, and the music industry saw an increase in music consumption, innovations were underway. Throughout the ‘60s, many vehicle manufacturers installed 8-track players in their cars which is part of the reason why the 8-track player became standardized. In the late ‘60s, Ford was offering owners without 8-tracks installed in their cars to upgrade to an 8-track.

As vehicles with cassette players became popular in the ‘60s, cassettes were cemented in and weren’t going anywhere. When 1979 came around, Sony introduced perhaps the most innovative piece of technology: The Walkman. It was a portable device that allowed consumers to listen to cassettes from their own homes.

This portable device made it so music could be more accessible and not tied to a car radio. It quite literally revolutionized the way people listened to music.

The earlier ‘80s brought in the compact discs (CDs). This format became the standard format in 1980 and, according to MUO, made it easier for manufacturers to get into the business.

In 1983, the industry saw a trend of vinyl slowly fading away. This same year cassette tapes outsold vinyl. Vinyl wasn’t as portable as the Sony Walkman, and music consumption was entering the world of even higher fidelity audio.

Cassette tapes remained dominant until the early ‘90s. The Sony Walkman’s technology was prevalent and went through a few iterations since it launched in 1979. This is when the compact discs (CDs) took the industry and world by storm. They provided a clean, high-quality sound that was affordable and easy to transport.

Music distribution company CD Baby was founded in 1998 by musician Derek Sivers. They partnered with Oasis Disc Manufacturing and became an early digital distribution partner of iTunes in 2004.

In June of 1999, peer-to-peer file sharing application Napster opened its digital doors and began its pulverization of CDs. CDs remained a dominant medium, but they were a huge factor in Napster’s success.

2000s – CDs peak and decline, and Napster and peer-to-peer file sharing ramp up

Peer-to-peer file sharing platform Napster catapulted the digital era of music. 80 million users on the platform were able to “rip” their CDs on their computers and upload the MP3 files into Napster’s application. Other Napster users could search for the music they wanted to listen to and illegally download them to their computer for free, similar to how we search through Apple Music and Spotify today.

Napster was only able to keep its doors open for just over two years due to major copyright infringement lawsuits from bands, artists, and companies like Metallica, Dr. Dre, and the Record Industry Association of America (RIAA).

Napster opened the doors for innovation in the illegal file sharing space, and companies like RapidShare, Zippyshare, and Megaupload popped up to fill the void Napster no longer filled. These file sharing companies cut into major labels’ profits quite heavily but chasing after them proved to be difficult because they weren’t located in the United States. Copyright owners were playing a game of whack-a-mole chasing these companies.

The invention of Apple’s iPod on October 23rd, 2001, shifted the focus of illegal downloading to purchasing singles, EPs, and albums via iTunes and other digital stores. Microsoft introduced a similar product called the Zune in November of 2006. As consumers were able to own an exciting piece of technology, they could purchase and download the music they love for cheap and listen to it as many times as they wanted—all for the similar price of a CD. Additionally, instead of buying an entire CD consumers could buy individual tracks off an album.

YouTube launched in 2005 and added another peg into the climb into digital streaming. YouTube remains the largest streaming service in the world.

Then came Spotify in 2008, which revolutionized the digital music streaming market forever.

2010s – Phasing out physical music and then bringing it back

During the earlier part of the decade, CDs were still a big portion of sales. In fact, they were at their peak; however, they slowly faded out as streaming platforms became more prevalent and understood. Towards the latter part of the decade, physical sales in the form of vinyl and even cassette tapes have trended upwards.

While most artists were focused on digital distribution, physical distribution is also becoming equally as important. But printing vinyl isn’t cheap and it has become increasingly more difficult to print them in bulk amidst the pandemic.

2020s and beyond – The return of physical music in vinyl, cassette, and… NFTs?

Physical music sales have exploded, and the hip new trend of owning a physical album or single is becoming more important to consumers. The crackling of a vinyl record or skipping of scratched CD just isn’t a feature that’s as unique and replicable in digital streaming—artists and the labels want sheer perfection, but consumers don’t. The perfections lie in the imperfections.

As we continue to see physical sales trend upwards, it will be interesting to see how the music industry reacts. Will they continuing to push vinyl? Cassette tapes? Or will we stay in the digital world and keep selling NFTs?

Digital music streaming certainly isn’t going anywhere anytime soon, but we may see more trends as demand for physical products increases. Digital music distributors may need to evolve and adopt methods of providing clients with options of physical distribution, which may include partnering with vinyl pressing plants, as some have in the past.

Musicians having the ability to provide their fans with exclusive pressings of CDs, vinyl, or other physical mediums will increase brand awareness, growth opportunities, and an added revenue stream. If fans want to pay you, let them. 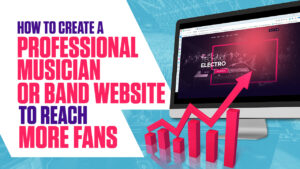 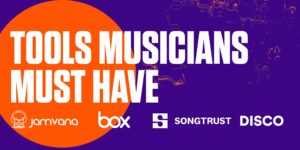 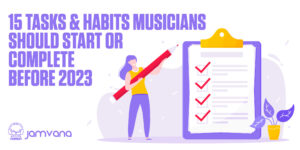 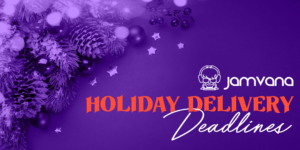 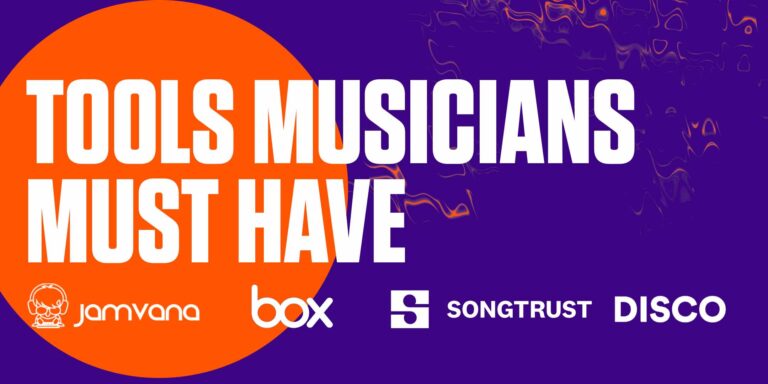 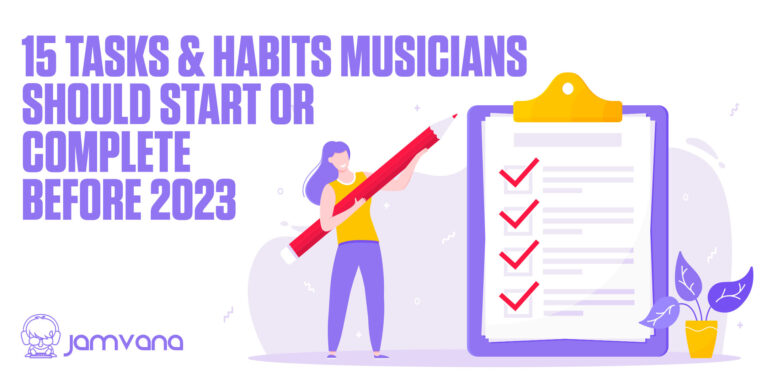 Musicians are in a very fortunate position. They’re able to create art without the limitations of a company... 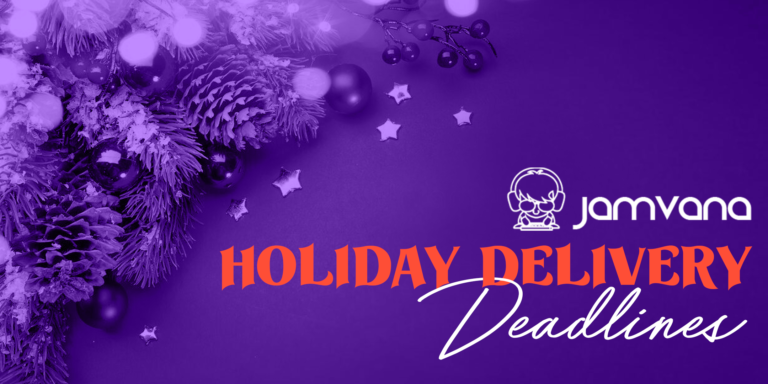 It’s that time of year again: Holidays! Our partners at digital music services will be taking time...
No posts found